Panel One pays respect to the Wurundjeri Willum Clan, the Traditional Owners and first peoples of this land. It portrays William Barak and his sister Annie Borat, their culture and people, and their important role in the history of this place.

Panel Two celebrates Peter Lalor, after whom the walkway and suburb are named. It honours his achievements at the Eureka Stockade and his contribution to democracy in Australia.

Panel Three represents the German immigrant families of the 1850’s who settled the land and established the original farms in Westgarthtown (the area now known as Lalor and Thomastown). Panel Four represents two themes: those who settled in the area through the assistance of the Peter Lalor Homebuilding Co-operative Society; and the culture and diversity of the contemporary Lalor community.

This project was funded by the City of Whittlesea in partnership with the Department of Justice & Regulation and the Lalor Traders Association.

A cultural heritage trail of artworks

In 2017 the Lalor Conversation project was extended. Artist Bern Emmerichs was commissioned to select details from the four ceramic murals and these were reworked and printed onto metal, and then installed onto signage poles in Lalor. The uniqueness and detailed cultural content of each of these works celebrates the layers of history of Lalor.

There are more than 45 of these artworks dotted through Lalor streets, parks and open spaces as well as the shopping precinct. You can download a map to walk to all of the locations and see the entire collection of works.

The walk will take approximately 1 hour. 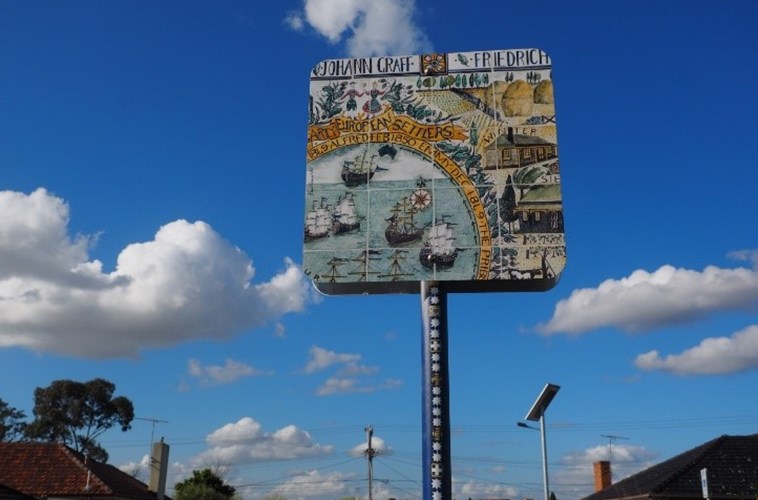 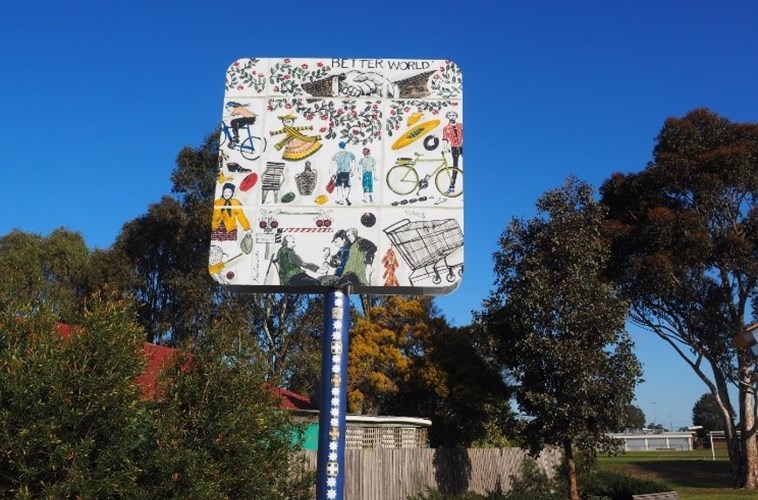 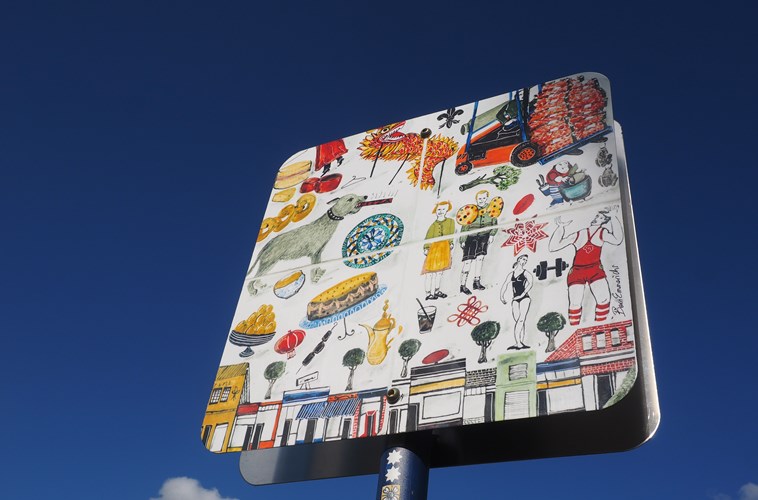 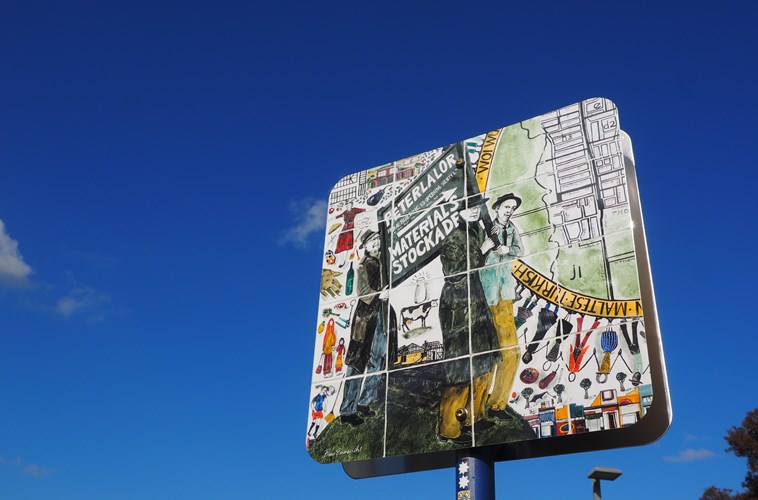 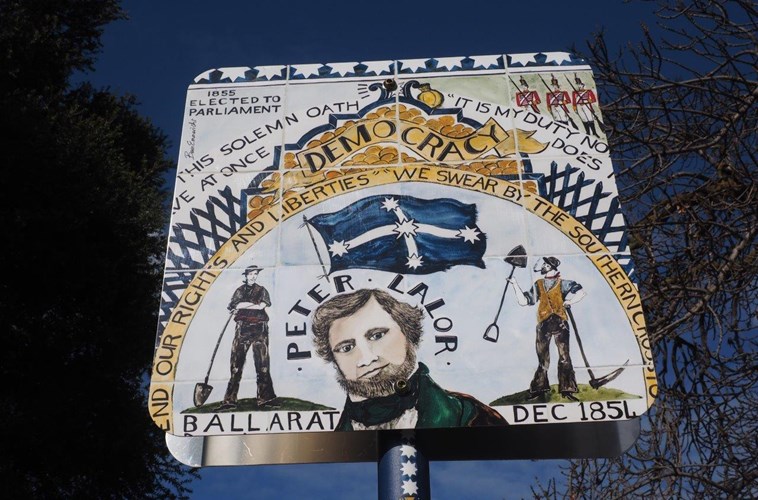 Bern Emmerichs is a highly celebrated artist in Australia.

Her works are in the Australian National Gallery, the National Gallery of Victoria and collections all around the world. Bern Emmerichs is renowned for her work which explores historical narratives of Australia's First Settlement.

The City of Whittlesea is home to a wonderful and diverse arts and cultural community. We recognise the rich Aboriginal heritage of this country and acknowledge the Wurundjeri Willum Clan as the traditional owners of this place.